I am originally a choreographer & dancer, who entered the world of film making already as a student with my first dance film in 1998. For the past 25 plus years, I worked in film, TV & cinema - as director, editor, colorist/online editor & cinematographer. During this period I received several nominations & awards for original own works & collaborations.
Since 2013, I am the co-director of the Tel Aviv based Film Studio KINO KITCHEN.
My own creations, as well as the works of KINO KITCHEN are screened/broadcasted in cinemas, festivals & TV world wide.

In 2016, I won the Swiss Bern Film Prize for my feature film debut "the holycoaster s(HIT) circus", which I directed, shot & edited. 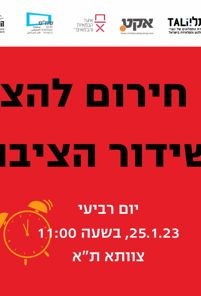